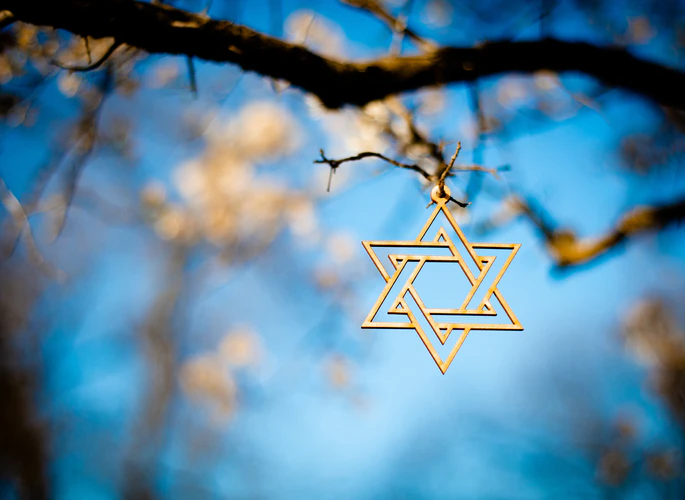 Photograph by David Holifield on Unsplash

As a result of the constant turmoil between Israel and Palestine, the world has seen an increase in anti-Semitism throughout the years. However, this rise has not merely come about due to the “conflict” amid the two states, but also due to the obscurity about the polarity between Zionism and Judaism.

To commence, we shall first delve into what Zionism is. Zionism is a nineteenth-century political ideology and a nationalist movement that promoted the re-establishment of a Jewish state, now known as Israel. It surfaced in response to the discrimination Jews were experiencing within a Christian Europe through the deaths of millions of Jewish lives- in pogroms, in exile, and in the Holocaust.

Through the support of Zionism, the state of Israel was established after the Second World War in 1948. The creation of this state has led to a relentless upheaval with its neighbouring nation, Palestine. Fast-forwarding to current times, after seventy years of ongoing “conflict,” many individuals are still in support of the State of Israel. However, many Jews, both living in Israel and elsewhere, are in favour of a Palestinian state alongside Israel as a possible solution to the “conflict”.

Although Zionism is a movement amongst Jewish people, it is crucial to note that not every Jew is a Zionist. More precisely, it is important to note that Zionism is not Judaism. Zionism is a political ideology, whereas Judaism is a religious belief. Accordingly, if one opposes the Zionist ideology it does not, in turn, mean that they are anti-Semitic. In fact, within the Jewish community itself, many individuals oppose Zionism. For instance, Jewish Voice for Peace is a Jewish organisation driven by a vision of freedom, justice, and equality for all people. They explicitly oppose Zionism as they perceive it as countering the views of Judaism.

Jewish Voice for Peace reports that in Israel, Jewish people of colour- from the Arab world, North Africa, and East Africa- have long been exposed to systemic discrimination and hostility by the Israeli government. Zionism has not only led to a racist hierarchy with European Jews at the top, but it has also built a hierarchy within itself where Jews of colour are marginalised, their identities and obligations interrogated, and their experiences nullified. Consequently, this has prevented Jews from seeing each other- fellow Jews and other fellow human beings- in their full humanity. Zionist interpretations of history have led to Jewish people believing they are isolated, that to alleviate the evils of anti-Semitism they must constantly perceive themselves as “under attack” and that “they cannot trust others”. The teachings of Zionism are in utter conflict with those of Judaism. Zionism teaches fear, and that the greatest response to fear is a stronger weapon, a bigger gun, a taller wall, a more demeaning checkpoint.

As Zionism is purely a political ideology, it must be noted that its supporters do not only comprise of Jews. As a matter of fact, there are many Christian Zionists, too. For instance, Pastor John Hagee is responsible for funding Jewish-only settlements in the West Bank, and House Majority Leader, Steny Hoyer, has been held accountable for delivering an address to the American Israel Public Affairs Committee (AIPAC).  And yes, there are Muslim Zionists, too. Fouad Ajami, notorious for his foolish prediction that “Iraqis would greet Americans as liberators”, is one prominent example.

Whilst it is true that Israel automatically grants citizenship to any Jewish person in the world who desires it, many Jewish people do not desire it. In fact, polls have shown a rise in the number of American Jews who are finding it hard to identify themselves with Israel at all.

The narrative that Israel represents the entire Jewish community must be dismantled. Israel is controlled by a Zionist government who believes that Jewish people should have a state in Palestine/Israel to the exclusion of the Palestinians. These beliefs are Zionist beliefs not Jewish beliefs, and a division must be made between the two. Jews fight for peace, not war. Zionism is politics. Judaism is a religion.

And above all, remember that you can be Pro-Palestine without being anti-Semitic.