The right to peaceful assembly and association undermined by the government’s use of excessive force. 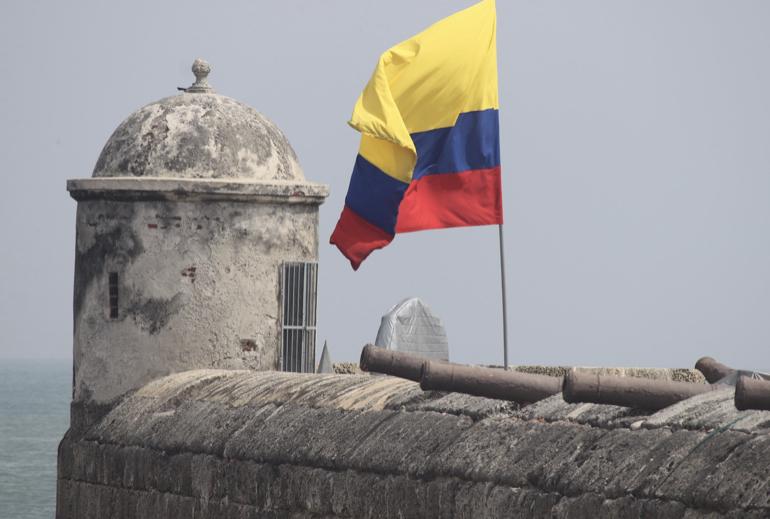 Anti-government protests in Colombia entered their third week on Wednesday, 12th May. The demonstrations were sparked in response to a tax reform bill proposed by the government who insisted that the plan was essential to “stabilising Colombia’s finances, maintaining its credit rating and funding social programmes”. However, in reality, the plan to impose new taxes on citizens and businesses would have disproportionately disadvantaged working- and middle-income Colombians. This ignited national anger, fuelling the protests across the country.

In a response to the protesters, the police responded with brutality, resulting in a number of people killed and wounded. Despite the tax reform proposal being withdrawn on 2nd May following the outrage throughout the country, protests continue to take place across the nation, calling for the police to take accountability and for further social and economic support from the government. “Although the tax reform was the initial spark, current protests in Colombia reflect a wide range of social, political and economic grievances that the Duque government will be hard-pressed to address with existing scripts for national dialogue,” said political science professor, Arlene Tickner, at Bogota’s Rosario University. Protesters are now demanding for the withdrawal of the health reform, basic income of one million pesos ($260) for all Colombians, and free university education.

The continued protests are being met with further violence from the police. On 4th May, the police randomly opened fire on protesters in the city of Cali. The death toll has continued to climb since then, with Colombia’s human rights ombudsman investigating forty-two deaths. Disputes between NGOs and other organisations continue over the actual number of killings.

While the international community has denounced Colombia’s national police force for its violence during the protests, this has had little impact in changing the behaviour of the state-executed excessive force. In a speech made by President Duque, he stated that the government is enduring the worst of the violence, despite the evidence against this statement. He further undermined the legitimacy of the protesters by arguing they are being financed by illegal gangs and drug cartels. Elizabeth Dickinson, a senior Colombia analyst at the International Crisis Group, said that while illegal groups may have in some cases influenced the current protests, “there is no way you could credibly claim that any armed or criminal group is motivating or coercing protesters to the street”. By generating the narrative that protesters are fuelling the violence, the government attempts to justify its use of excessive force and avoids accountability for inequalities and the country’s inadequate social and economic conditions.

Across the globe we are seeing governments and militaries, time and again, resort to violence in order to undermine the demands of protesters and citizens. Peaceful protests play a significant role in civil, political, economic, social and cultural life, creating transparency, inclusion, accountability and an environment for civil society, and allows for citizens to have their needs expressed and met. In 2021 alone, citizens in Myanmar, Senegal, and now Colombia, have had legitimate concerns regarding domestic social, political and economic issues ignored and suppressed by national leaders through violence during protests. This use of excessive force must come to an end, and the Colombian government must be held accountable for these violent crimes committed against the protester and for the demands of the thousands of citizens who call for greater social and economic support.