In its 2012 landmark judgement Hirsi Jamaa and Others v. Italy, the European Court of Justice (ECJ) set a precedent by establishing that European Union (EU) law applied not just within EU territorial borders, but extended to the high seas. With the subsequent migration crisis and illegal sea crossings totalling more than 2.3 million in 2015/2016, one can easily see how this obligation may have played a key role in enhancing migrants’ rights and creating additional restraints on Member States. Almost a decade later, it is time to take a look back at the consequences of the judgement and its achievements for human rights. The Hirsi ruling: a true game-changer or mere inconvenience for Member States? 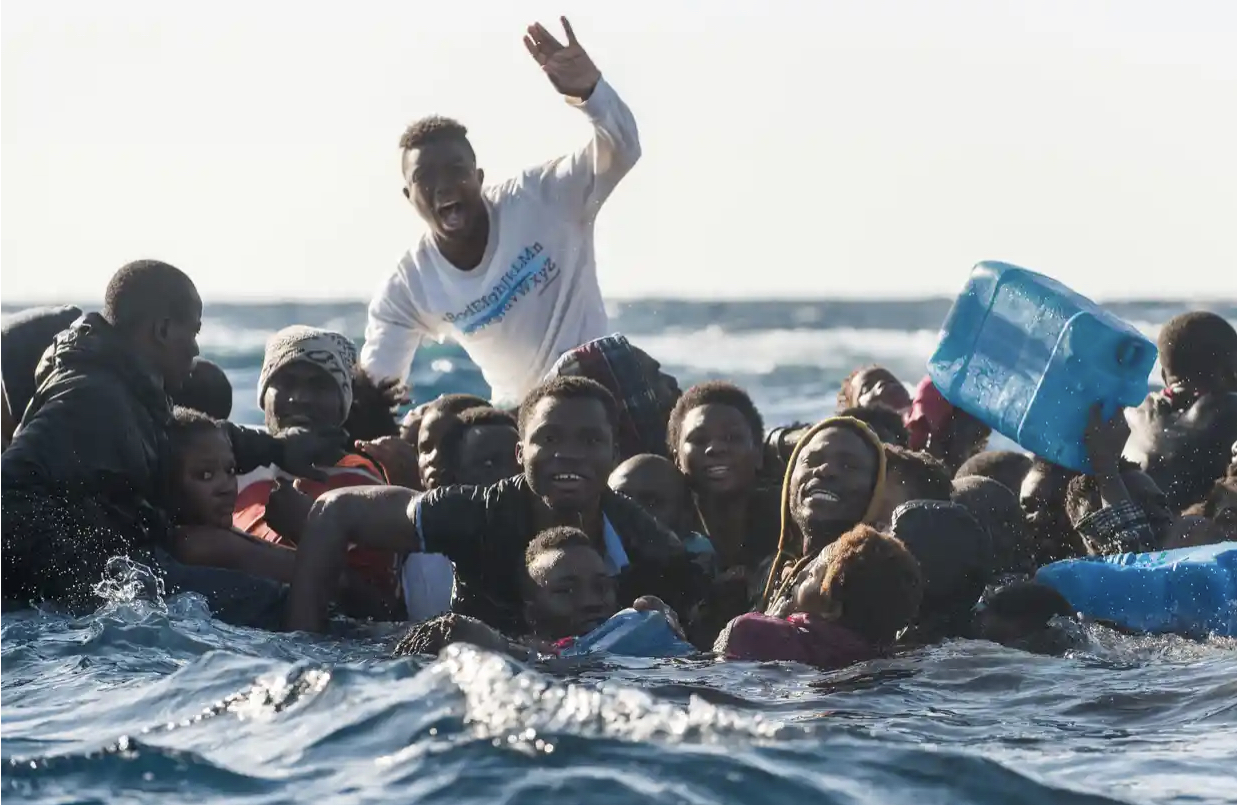 Migrants rescued from the Mediterranean in January 2018. Photo by: DPA / Barcroft Images

The ‘Hirsi ruling’ is essentially the story of eleven Somali and thirteen Eritrean irregular migrants (migrants arriving with no documentation) who attempted to reach Italy from Libya, but were intercepted by Italian police in the Mediterranean and returned to Tripoli. One of the issues at play in the judgement was whether the basic notion of territorial non-refoulement (which guarantees that no individual should be returned to a country where they face a real risk of persecution or serious violation of human rights) also applied on the high seas. Since the 2011 Arab Spring which led to the ousting of longtime dictator Mu’ammar al-Qadhafi, militias have patrolled Libya and violently imposed their influence on virtually all aspects of society, earning the country a freedom ranking of 9/100 in 2020. The 2016 report from the United Nations Mission in Libya also shed light on the torture and rape which migrants returning to detention centres are subject to. It is therefore not difficult to see how the applicants had sufficient reasons to believe they would be returned to a country in which their basic human rights could be infringed upon.

Taking the above into account, the Court unanimously found Italy guilty of violating human rights, stipulating that their obligations to adhere to the principle of non-refoulement applied on the high seas. This had important implications. Member States had thus far not been bound by EU law on the high seas, and they operated in what Sherif Elsayed-Ali, Amnesty International’s former Head of Refugee and Migrants’ Rights, called a “legal vacuum”. In practice, this meant that although they were still bound by international law, they faced little restraints when it came to the question of pushing back illegal crossers, since no regulation was in place to prevent them from doing so. Hirsi Jamaa and Others v. Italy was therefore seen as a stepping stone in tightening Member States’ obligations in a domain in which they were previously able to exercise their will relatively freely.

But just how ground-breaking was the case?

As coined by the Welsh poet George Herbert, “to him that will, wais are not wanting”, or in its modern-day version: when there’s a will, there’s a way. Instead of directly intercepting migrants and having to operate under the scope of the new Hirsi law, Italy began to rely on the “externalisation of border control”. Essentially, it hired intermediaries (such as the Libyan coast guard) to intercept illegal crossers on its behalf, meaning it was no longer directly responsible for the practice that had been deemed unlawful in Hirsi. The twist here is that the third parties employed were not operating under the jurisdiction of European law since they were not EU entities, and could therefore carry out Italy’s “dirty job” with complete impunity.

Of course, there is no panacea for the migration crisis and the conundrum it puts Member States in. With increasing domestic calls to control immigration, which partly reflect in the rise of populism in both Western and Eastern Europe, one would be foolish to believe that immigration has no impact on the socio-economic fabric of the Union. But this is no excuse. When countries like Italy decided to join the EU, they accepted the Union’s ethos of ‘human dignity, freedom, democracy, equality, the rule of law and respect for human rights’. In finding ways to contour their legal obligations and refusing to treat the most vulnerable with consideration, they undermine the democratic essence of the Union and threaten the livelihoods of thousands. Far from advocating for an unchecked opening of all borders, this article simply asks for an understanding that those willing to risk their lives crossing the Mediterranean are deserving of basic human rights and of a chance to start again.