In 2011, anti-Kremlin activist Alexei Navalny nicknamed the ruling United Russia party the Party of Crooks and Thieves and has since continued to redefine electoral competition throughout the country. He has become a prominent figure in the fight against Putin, with last month’s events demonstrating his growing influence in the difficult world of Russian politics.

Last summer, Navalny was the victim of what is widely regarded as a state-sponsored assassination attempt and then, immediately upon his return to Russia on 17 January 2021, was arrested and imprisoned on politically motivated charges. His arrest sparked mass street protests and an unprecedented social media frenzy.

Amnesty International was quick to designate Navalny a prisoner of conscience, but subsequently had a change of heart. After being bombarded with complaints highlighting past xenophobic comments made by Navalny that he had not renounced, and on the basis of an examination of these statements that found they crossed “the threshold of hate speech”, Amnesty withdrew their designation on 24 February 2021.

Many advocates for human rights in Russia view this action as a grave error on Amnesty’s behalf and have questioned whether Amnesty’s definition of a prisoner of conscience is suitable as an effective instrument for the protection of human rights. To reflect on this, we must understand the role and views of Alexei Navalny, the situation in Russia and the role of organisations like Amnesty International.

The Kremlin vs. Navalny

As the authoritarian regime in Russia has become an increasingly personalistic one, the need has developed for an equal and opposite force to challenge Putin. Alexei Navalny is the embodiment of this force. Though some fear that his populist approach is incompatible with a democratic Russia, he has generally been perceived as the main opponent to the Kremlin.

Alexei Navalny (44) is a Russian opposition leader, lawyer and anti-corruption activist. In attempts to discredit Putin’s leadership, he has released countless reports exposing corruption, campaigned for free and fair elections and has been a galvanising figure in mass protests. His fanbase consists predominantly of young Russians and he has a large social media following. Amidst the coronavirus outbreak, he started posting videos condemning Putin’s handling of the pandemic and his YouTube audience tripled to 10 million viewers per month.

Navalny has also been somewhat successful in forcing structural change in Russia with regards to elections. Russia functions under electoral authoritarianism. The system emulates a democracy by holding frequent elections, but these never lead to changes in government, so it remains an autocracy. In 2018, Navalny launched a project called Smart Voting, which helped opposition candidates win 20 of 45 seats on the Moscow City Council in 2019. This type of interference with the state’s control over electoral processes has the potential to thwart Putin’s plans for re-election.

The Kremlin itself has implied that Navalny does indeed pose a threat to the stability of the Russian state. He has been continuously barred from appearing on state-controlled television, arrested and charged multiple times and has had several attempts made on his life. Coincidentally (or not), the recent Novichok poisoning occurred directly after Navalny’s visit to Siberia where he was supporting opposition candidates ahead of the September 2020 regional elections.

Navalny survived this attempt on his life and chose to pursue a high risk/high reward strategy. His dramatic return to Russia and immediate arrest were testament to his strength of character. Two days after his arrest, a video exposé on Putin was uploaded to Navalny’s YouTube channel, gaining a staggering 114 million views, and the Freedom for Navalny hashtag (#свободунавальному) on TikTok was viewed over 810 million times (as of 13 March 2021). A poll showed that 1 in 6 six Russians viewed Putin in a more negative light after seeing Navalny’s video. Putin’s approval rating remains at 64%, but this undoubtedly shows Navalny’s growing influence, as well as how important it is for the opposition momentum to be supported by the public and in the media.

His arrest also sparked protests, which were described by the New York Times as the biggest dissent that Russia has faced in years. In a bid to prevent the street protests from coalescing into a broader political movement, the Kremlin responded with police brutality. Over 5,000 people were detained, including Navalny’s wife, Yulia.

Soon after, videos of Navalny circa 2007 started to circulate on social media. In these videos he expressed strong nationalistic views and compared Chechen rebels to “cockroaches”, suggesting that a pistol is the best way to eliminate them. Although allies of Navalny claim that his positions have evolved over time and suggest that this may have been a coordinated attempt by pro-Kremlin bloggers to discredit the opposition figure, his wave of support took a hit.

The Arrest from a Human Rights Perspective

There is no doubt that the prosecution of Alexei Navalny is a human rights issue. He is being prosecuted unlawfully for exercising his right to freedom of expression by a judicial system that has proven to be deeply corrupt.

He was charged with failure to report regularly to police as part of the terms of a 2014 fraud conviction. The absurdity of these charges is clear. Navalny spent a significant portion of 2020 recovering from near-death in Berlin, prior to this incident had been reporting to the police twice a month, and even the original 2014 conviction was condemned by the European Court of Human Rights (ECtHR) in 2016. The ECtHR also considers that Navalny’s life may be in danger in prison. This fact, and the volume of public support and media attention surrounding the Navalny case, turned the week following his arrest into a defining moment for human rights, the stability of the Russian political system, and for organisations like Amnesty International.

Upon Navalny’s arrest at a Moscow airport on 17 January 2021, Amnesty International designated him a prisoner of conscience (POC). Then, on 24 February 2021, it withdrew this designation. A day later, Amnesty issued a statement in which it attributed the withdrawal of POC status for Navalny to finding that some of his past xenophobic statements were “at odds with (its) policies”. At the time of the withdrawal, Navalny was already in prison and could not respond to the accusations made against him.

The statement by Amnesty stresses that Navalny’s current detention is unjustified and politically motivated and that it will continue to campaign for his freedom. It even acknowledged that the decision had “unintentionally distracted from the campaign for Navalny’s immediate release”.

Amnesty’s U-turn was met with a lot of backlash, with some human rights defenders even claiming that it revealed an erosion in the very concept of human rights. It was argued that, although Navalny has indeed made hateful statements in the past, some of which he has not apologised for, this fact does not necessitate a withdrawal of POC status. An individual can be wrongfully imprisoned, irrespective of their past statements or convictions.

Prisoner of Conscience or not?

Amnesty International defines a prisoner of conscience (POC) as a person who has been deprived of their liberty solely because of their conscientiously held beliefs, or for discriminatory reasons relating to their ethnicity, sexuality, gender, or other identity, who has not used violence or advocated violence or hatred.

If we follow the Amnesty definition for a prisoner of conscience, we must refer to the entirety of the expressed moral and political views of the individual. In Navalny’s case, he has certainly expressed extremely questionable views in the past. He became a member of Yabloko, a left-wing opposition party, in 2000, where he combined his liberal views with becoming associated with Moscow’s far right scene. He soon became a regular at “Russian March”, an ultranationalist gathering, and Yabloko ultimately expelled him in 2007 for nationalist activities and racist comments. It was around this time that the comments responsible for Amnesty’s withdrawal of his POC title were made. Amnesty’s Alexander Artemev argued: “He cannot be a prisoner of conscience: that is, someone who never advocates hate or violence or uses hate speech.”

But how useful is Amnesty’s definition if it fails to consider the following: Following his split from Yabloko, Alexei Navalny refashioned himself as a democratic politician who respects human rights. Navalny’s recent interview with liberal economist Sergei Guriev provides a good exposition of his current views. Guriev has also noted that Navalny’s views on illegal immigration are “not xenophobic, on the contrary […] talk about protection of migrants’ rights and support for integrating migrants and their children.”

In general, evaluating past statements, current views or changes in policy seems somewhat counterproductive when faced with such a blatant case of politically motivated prosecution. The POC label had the power to emphasise the unjust nature of his detention, offer him protection at a time of great personal stress and increase global momentum for the campaign for his freedom. Regrettably, the withdrawal of the POC designation lost Navalny both his protection and publicity for his cause, which is a major factor in him getting released and in his life being saved.

This casts doubt on whether Amnesty’s definition is effective in real world situations. Would it not make more sense for the POC label to relate solely to the unjust imprisonment of an individual? Is it even possible to define the universal good or evil of one person and, if so, is it right to let this be the basis for the kind of human rights protection offered to them? One could even go so far as to say that large organisations should not be entitled to such a subjective opinion, when the individual is a political prisoner for objective reasons.

Surely the protection of human rights and freedoms should be the main factor here. Navalny may not be the best person, nor the best leader for Russia, but he is a political prisoner, and perhaps Russia’s best chance of breaking free from Putin’s shackles. 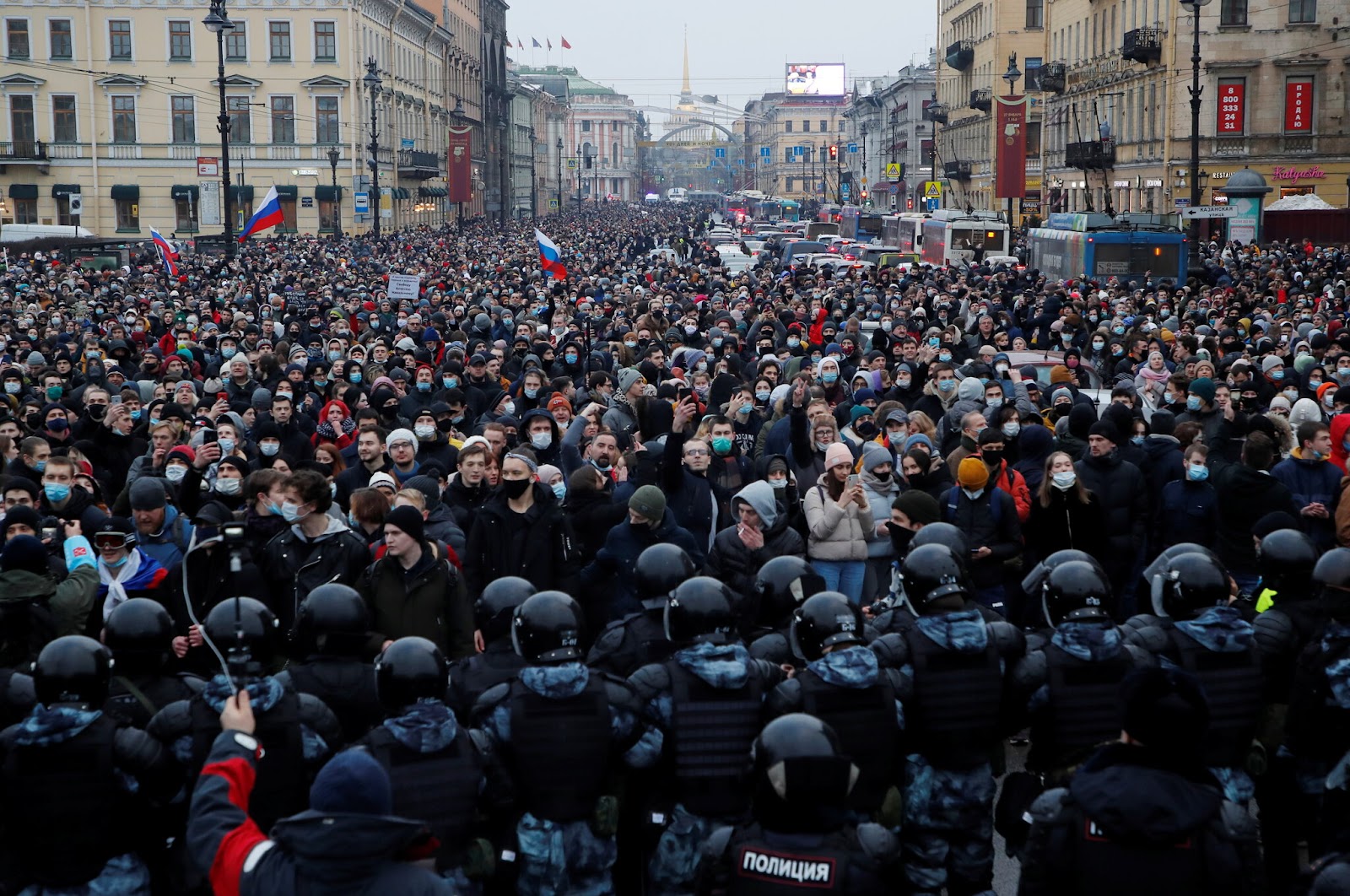 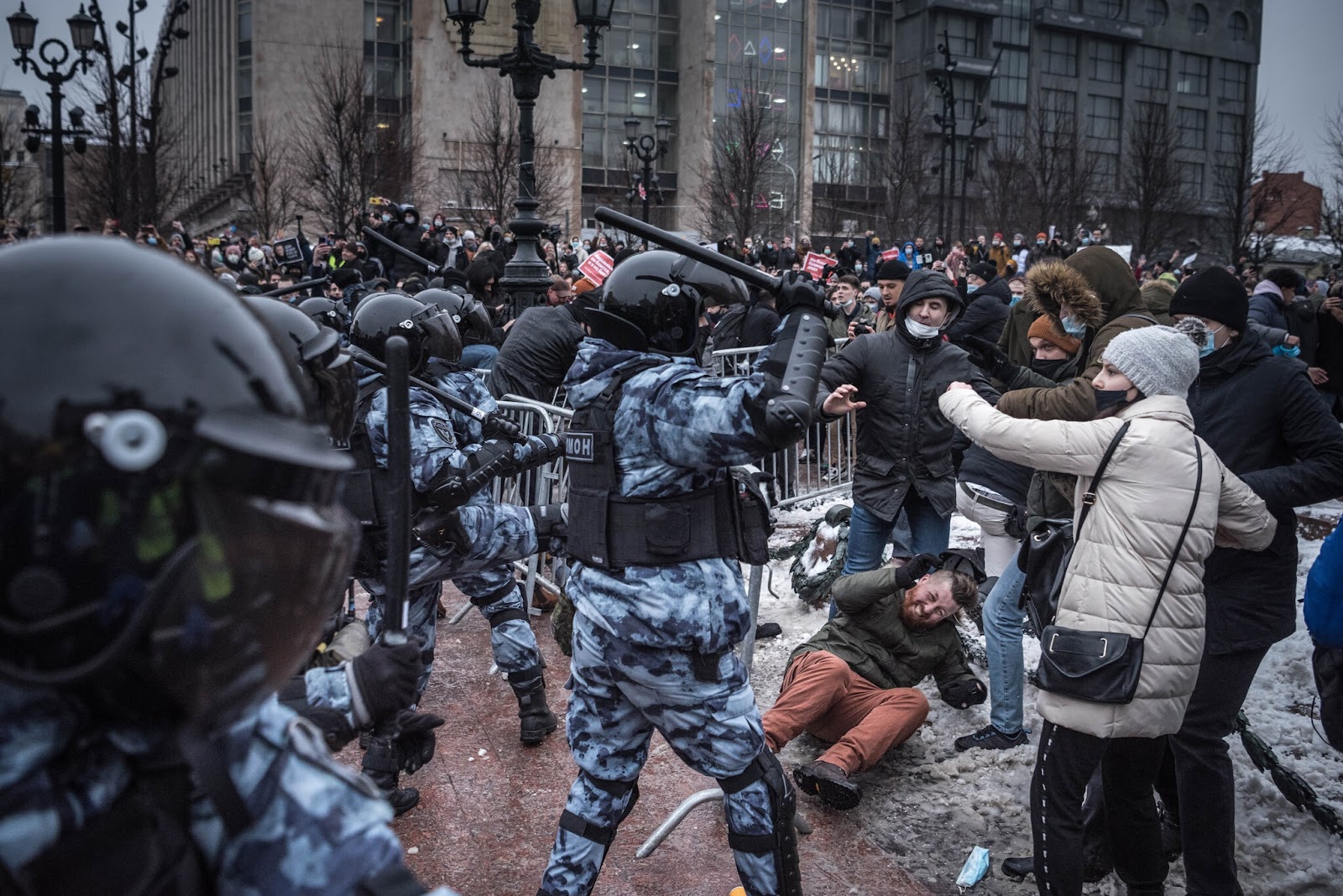