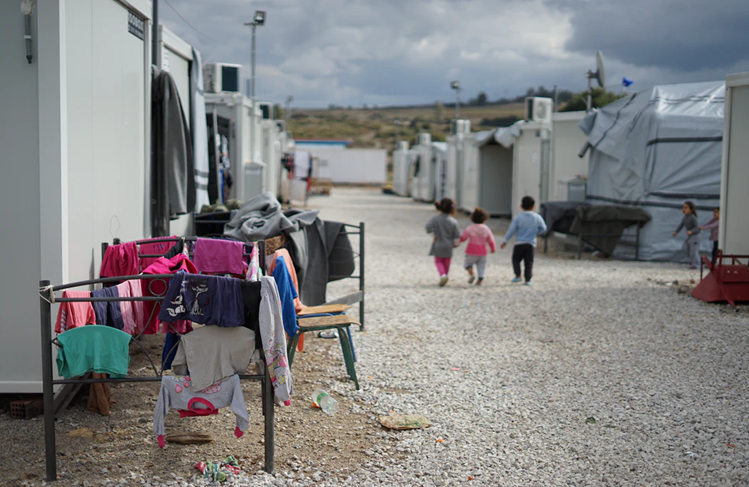 Photograph by Julie Ricard on Unsplash

In response to the UK’s asylum process, which many refer to as an “embarrassing failure,”  Home Secretary Priti Patel is putting forward a new proposal to deal with the issue of asylum and migration in the UK. If Patel’s plan is held up, we would be seeing asylum seekers being diverted to “processing centres” abroad. Patel’s alleged aim is to stop migrants from making perilous journeys on their way to the UK. Nevertheless, what many argue is that her proposition will not prevent migrants from making their journeys to the UK, but rather simply prohibit them from entering the UK once they arrive. It is being speculated that on their arrival they will be sent to British Overseas Territories, such as Gibraltar and the Isle of Man where, as previously mentioned, they will be held in “processing centres.”

Importantly, we must consider that this is all occurring whilst the number of asylum claims in the UK are falling. In fact, Ms Pagliuchi-Lor, UNHCR representative of the UK, estimates that asylum claims have fallen by 37% in the second quarter of 2020, in comparison to that of 2019. So, why now? Why is the asylum process in the UK being altered now that there are fewer asylum claims?

The UK is part of the 1951 Refugee Convention, which indicates the obligation of non-refoulement. Non-refoulement is the basic notion of not returning refugees or migrants to their home country if they face a real danger of persecution. Consequently, if the UK were to alter its position in the asylum process the resistance of human rights lawyers will arise- hence why previous Home Secretaries have preferred to dismiss the topic of asylum reform. Conversely, however, this is precisely one of the reasons as to why some suggest that Patel should be commended for her sensible and humane asylum reforms– she is ultimately doing what previous Home Secretaries have failed to do.

Those in advocacy for Patel’s proposal perceive the current system as “inhumane and unfair.” They often stick to the notion of individuals remaining within the UK even though their asylum claim has not been granted. This may be seen as unjust towards the people of the UK, as although the asylum claim has been rejected, the individual will still benefit from the country’s goods. Nevertheless, it must be noted that although they are still living in the UK, if their asylum claim is revoked, they do not have the same rights as you and me- they cannot walk freely as you and me, they cannot work freely as you and me, and they cannot get free education as you and me. They are simply given the opportunity to live in a safe environment, rather than to survive like they were doing in their home country- why is this so hard to tolerate?

As an advocate against Patel’s asylum reform, I could not help but notice a similarity with Australia’s Operation Sovereign Borders (OSB). OSB was first introduced in 2013 by Tony Abbot’s Coalition government. Its aim was similar to that of Patel’s, where asylum seekers were deterred to offshore processing centres in nearby islands in hopes of preventing asylum seekers from entering Australia- as well as to combat people smuggling.

Tang and Hammond (2014) looked into the abuses of human rights for Indonesian refugees attempting to enter Australian territory. They noted that the reality of how OSB was being carried out was far from what was being shown by the Australian government. Not only is it inherently unjust that these migrants arriving by boat are being sent to offshore detentions as a form of penalisation- despite fleeing situations where they are unable to obtain travel documents- but the way in which they are treated at these detentions is inexcusable.

They highlight that, as of 31st July 2014, statistics from the Department of Immigration and Border Protection (DIBP)  showed that 3,091 people who had arrived by boat were being held in detention centres in Nauru Island, whilst 1,127 men were being separately held at Manus. Manus is home to men who arrive without families, as well as unaccompanied male minors- most being transferred from Christmas Island. Research conducted by Amnesty International (2013)  found that these transfers were conducted on extremely short notice, and in most cases, migrants were forced into signing papers of voluntary transfer. They further found that as of 2014, since the opening of the Manus facility in 2012, not a single asylum seeker had yet obtained a Refugee Status Determination.

The accumulation of unlawful treatment of these migrants, and lack of judicial remedy by the Australian government was noted by the International Criminal Court as being “cruel, inhuman or degrading,” and the UN has accused Australia’s system of violating the convention against torture. Yet, regardless of the outspokenness by organisations such as Amnesty International and the UN Human Rights, to this very day OSB is still being carried out just the same as when it was first established.

Taking this all into account, it is evident that this is the pathway Patel’s asylum reform will take if it is put forward.

We must ask ourselves; why do people feel such resentment towards these individuals trying to seek a better life?

Many have an issue with the illegality of these individuals entering the UK. However, my response to that is, why do you think that is? If individuals are fleeing a war-ridden country, where do they go to obtain legal documents? If one is fearing prosecution for advocating against their country’s regime where do they go to gain a passport to leave their nation? The simple answer is that they cannot do so. Of course, if they had the option to take a safe and legal route to freedom they would, but they do not.

So, why do we condemn these individuals fleeing their homes in search of a better life, rather than blaming those who caused them to flee in the first place? Rather than advocating towards asylum seekers not entering the UK, why do we not advocate towards eradicating conflicts that caused these asylum seekers to flee?

We must stand as a community to give a voice to those who are silenced. We must advocate towards an end to conflict, rather than castigating those who flee from it.

If you are passionate about creating world peace, and allowing everyone to live freely in their home countries, why not join me in becoming an ambassador for Peace Direct charity? Peace Direct is an international charity dedicated to stopping wars around the world in hopes of ultimately building long-term peace. If you are interested either contact me or Peace Direct on students@peacedirect.org.