2030 is the often-sighted deadline for climate change action. After that, the IPCC recently warned, we are doomed if temperatures aren’t kept to a maximum of 1.5°C increase from pre-industrial levels. Even half a degree above that, in contrast to the previously assumed limit, has the power to worsen extreme weather – drought, floods, heatwaves. The UK government and global treaties it has committed to have been increasingly criticised for not effectively responding to such warnings and for failing to curb global warming.

‘Climate change is occurring earlier and more rapidly than expected,’ says Johan Rockström, a co-author of the recent Hothouse Earth report, which investigates the ‘psychology of denial’ that has led politicians and experts to underestimate the implications of global warming. Climate refugees already exist. Australia’s Great Barrier Reef is dying. Among the perpetually-extending list of extinct animals, giraffes were recently added.

Our health is also increasingly threatened. In addition to the well-known fact that it leads to asthma, pollution has recently been linked to a reduction in children’s IQ. It is the fourth biggest threat to public health in the UK and kills tens of thousands of people each year. This winter, the NHS has struggled to deal with an unexpected increase in lung-related diseases, many due to pollution. The dark reality can no longer be denied.

Such facts and figures could continue into infinity, as could instructions on how you can do your bit to tame climate change. But that would be without cause. Many of us are already implementing environmentally-conscious acts into our daily lives to better the chances of our planet.

Why does this never quite seem to amount to enough? Because of political games behind closed doors. No amount of expert reports appear to have the power to instil an effective change in their rules.

The UK government, a supposed global, forward-thinking leader, seems largely unbothered by the situation. Environmental lawyers have rightly called its air pollution strategy a ‘shambolic mess’. The saddest reality exists in London. Hub of metropolitan life and dirty air, London has habitually exceeded EU pollution levels and the government has spent £370,000 losing such legal battles. UK plans to improve air quality have been ruled ‘unlawful’ and environmentalists are still campaigning for improvements.

Ten years ago, however, environmentalists were given a taste of success when the landmark Climate Change Act was passed. It set a goal of an 80% reduction in greenhouse gases by 2050; created the Committee on Climate Change, tasked with advising the government on emissions target progress; and offered direction to business on how to invest in solutions for climate change.

Since the Act’s adoption, greenhouse emissions have fallen. However, the most recent CCC report’s verdict is that the UK is not on track to meets its carbon targets for 2030. The report states that ‘the gap between the emission targets set in law and the policies put in place to deliver them is widening.’

The most recent action taken by the UK government is the Draft Clean Air Strategy 2018, which sets out a number of actions aimed at reducing air pollution. It is currently still in consultation and, thus, has no effect as of yet.

If we shift our view to the global policy framework, the Paris Agreement seemed promising. Adopted at COP21 in 2015, it was the first to be signed by virtually every country, pledging to constrain greenhouse gas emissions. It was agreed that ‘each country must determine, plan, and regularly report on the contribution that it undertakes to mitigate global warming.’ This is where the betrayal lay.

The treaty lacks any mechanisms that bind countries to reach a specific target by a specific deadline. Studies in the science journal Nature found that, as of 2017, none of the major industrialised nations were on track to meet their greenhouse-gas pledges. Coupled with Trump’s announcement to pull the USA, the second biggest polluter, out of the treaty (which he cannot effectively do until 2020), the Paris Agreement is truly a disappointing attempt at a time urgently in need of action.

UK legislation has recently been called to be brought in line with the Paris Agreement goals but no concrete action has yet been taken to meet these.

The recent COP24 in Katowice, Poland was equally disappointing. Environmentalists were mocked by the coal that ‘decorated’ the building, which was previously a coal mine. The Polish president Andrzej Duda declared his country had “no plan today to fully give up on coal” and, among the event sponsors, were three coal companies.

In light of Katowice’s history, coal certainly has an important role. Its discovery in the area three centuries ago turned it into a centre for coal production. But the world has changed vastly since and demands by the environment have made coal, ‘the worst offender’ and the most polluting fossil fuel, an outdated source of energy. Thus, climate activists have rightly criticised Duda’s comments.

Further blows to the climate were made when Australia joined Poland and the USA in supporting pro-coal ideas. And, overall, COP24 has been criticised as ‘short of what the situation actually requires.’ Provisions for poorer countries were not ruled as binding. Important issues have been delayed, such as talks on increase in climate finance and the issue of carbon credits. Even worse was the USA, Saudi Arabia, Russia and Kuwait attempting to prevent an adoption of the IPCC’s recent report. Rockström’s ‘psychology of denial’ echoes. 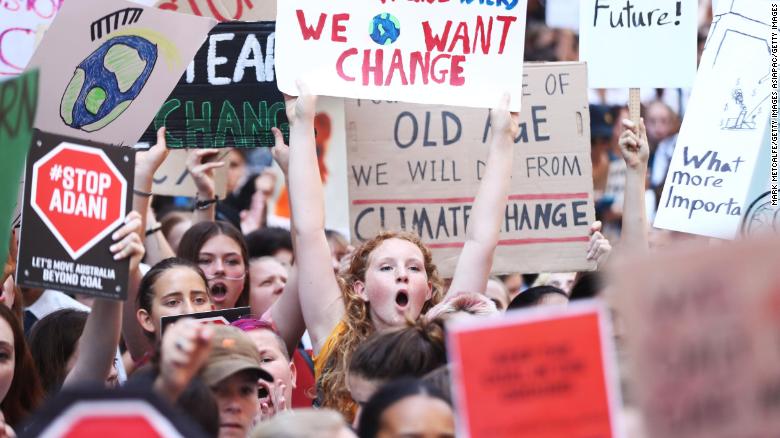 The citizens of the world, in contrast, are rightly concerned. The majority of US citizens support climate change action, unlike their President. Students in Australia missed school to join a mass climate change protest in November, with one sign reading ‘I’ve seen smarter cabinets in IKEA.’ A poll by Bright Blue showed that two thirds of Britons, or 72% of those under 40, agreed the UK should aim to cut its carbon emissions to net zero in the next few decades and 63% believe the UK should be a leader in tackling climate change.

The UK population’s consumption behaviour has indeed responded positively to climate initiatives by the government. Since the adoption of the 5p plastic bag charge, large supermarkets’ sales of bags has fallen by 86%. Michael Gove has announced plans to increase this to 10p and ban other plastic products, including straws and plastic-stemmed cotton buds. Hope exists but bigger, more immediate steps are needed if we are to prevent the downward spiral we have accidentally become stuck in.

Politicians must make concrete, legally-binding commitments to reduce climate change and place us on a different trajectory, one headed not towards melting icecaps and sinking coastal towns, but rather toward sustainable living. The IPCC warns that climate change ‘could only be stopped if the world made major, and costly, changes.’  So, major and costly changes are what must be made.